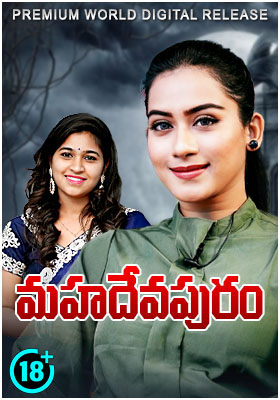 Mahadevapuram, is a village where there was a war occurred in the time of King Sri Krishnadevaraya. Many lives had been died in that war. There was a bungalow where the war was occurred and the building surrounded by hundred acres of Land. The bungalow is located at the end of the village. People scared and trust that the Bungalow and the surrounded land has many dangerous objects like, ghosts, venomous snakes. Nobody dare to go to that premises during the night time. If any one goes that side, he never see the next day sun rise. In these conditions, the current owner of the land and King Krishnadevaraya ‘s grand grand son Nagendra Rayalu, who was the Army man, landed with his wife and managed to stay in the Bungalow. Gradually he was witnessed some murders and he started investigation to find the culprit behind the crime. Meanwhile his sister in law enters in the Bungalow and soon she became one of suspects. In the process, his wife lost her life and the situations seems his Sister in law was the cause of the murder. At the end, he found the real culprit, punish them and put them behind the bars.